Big Idea: Lawmakers care deeply about consumer privacy -- but they welcome industry self-regulation on privacy issues when they see it to be effective.

“All of us love [...] the doors that are opening because of the digital world that we live in,” Sen. Booker said. “It’s important that we cultivate this environment.” Booker has become a distinct leader in the Senate’s work relating to the digital economy. 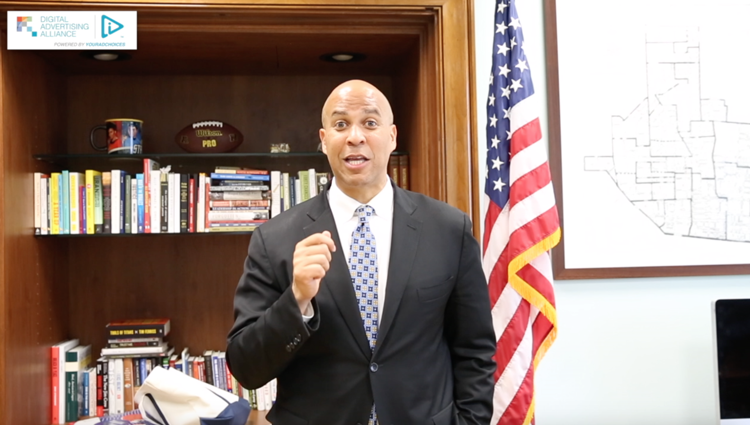 Sen. Booker went on to praise the DAA for working to advance transparency for consumers and “agreed-upon rules of the road,” as well as all members of the digital advertising ecosystem for their critical willingness to cooperate and convene at such events: “What you're doing, what you’re discussing, and what you’re working on is essential as we move forward as a country. And it’s exciting to me, because when we have quality standards, when we have consumer control, transparency and a focus on privacy and data security, we create an environment for so much to flourish and so many to thrive.” Amen.

Thank you to Charlie Tomb for his editorial support toward our Summit Snapshot 2017 blog series.