Big Idea: The transparency and safeguards that consumers demand and expect in a national data privacy law are foundational to the DAA Principles and the Privacy for America framework were echoed in a speech by Rep. Diaz Barragán at DAA Virtual Summit 20.

The Digital Advertising Alliance (DAA) may have taken our annual Summit program “virtual” – having to relocate online from our original intended venue in Southern California, because of COVID-19 -- but that didn’t stop an influential member of California’s Congressional delegation from addressing our Summit audience on consumer data concerns and the need for a new federal privacy law.

We were honored to hear from Rep. Nanette Diaz Barragán, Member of Congress for California’s 44th District, who articulated her constituents’ concerns about data protection – and the need for transparency among other data privacy policy goals. Of course, transparency is an integral part of the DAA Principles, and is part and parcel of the privacy regime DAA Participants adhere to in their consumer engagement. These same principles are what we hope to see incorporated in a new federal privacy law through DAA’s involvement with the Privacy for America initiative.

“Privacy is important,” Rep. Barragán said. “We need to be transparent about how data will be used. People deserve the right to deny access to their personal information.”

We agree. Particularly given that WebChoices and AppChoices, DAA’s free choice tools for data collection, use, and transfer for interest-based advertising, are available to U.S. consumers in both English and Spanish. There are many native Spanish speakers in Rep. Barragán’s California district, among other locations, who today have access to these tools. But it’s not just the tools that matter. It’s also the education that is important and that is why DAA has produced bilingual public service announcements to run in digital and offline outlets as a way to increase transparency and understanding of the digital advertising ecosystem and the safeguards DAA offers to consumers.

A need for privacy safeguards – driven by sensitive data and breaches

Rep. Barragán’s statement regarding concern about sensitive data also carries over to the content and purposes behind data collection. Specifically, what kind of information about each of us is out there, and how it is being used by public and private sectors. DAA’s Principles extend to restrictions on special information categories, such as those involving children, precise location, financial and health data.

“I would say the need for privacy protections got much stronger when we read about the breaches and scandals,” she stated, noting high profile cases of data usage and transfers prompting legislative efforts in the states, as well as calls for similar laws at the federal level in the United States.

Rep. Barragán cited polling data about consumers’ concerns related to data usage. “People know they don’t like it – but they don’t know what it is they don’t like. Only 6 percent said they understand a great deal about what companies are doing with the data collected about them. But they do know they want the government to step in.”

California, among a few other states, she said, is doing just that – referring to the California Consumer Privacy Act (CCPA). “That means many... and all businesses that do business with California residents, have to follow different rules. It’s one reason we hear more of the need for one standard. For other states, that means they have something to look at – and use as a framework to make their own laws.”

Though digital privacy laws are already being put in motion in some states, Rep. Barragán predicted it will still be some time before a new law takes place on a federal level. “Still, Democrats and Republicans on the House Energy and Commerce Committee have been working together to put together the framework of a bill. It’s bare bones and more of an outline, but the main concepts are there.” 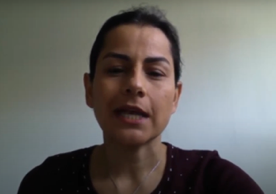 “[It would] direct the FTC to require companies to establish privacy programs,” she said. “Large companies would have to designate a Privacy Protection Officer who would report directly to the highest-ranking officer at the company. It would limit the amount of time a company could retain a consumer’s data.”

In fact, there are several similarities between the draft outline the Congresswoman described and the Privacy for America legislative framework that DAA supports, including:

Rep. Barragán did note two areas where controversy toward a bipartisan agreement remains.

Now is the time to engage with the government affairs teams of our trade association partners and participants to emphasize how important it is ensure that any approach to national privacy legislation strikes furthers accountability and responsible data use as well as advances tech innovation. DAA remains highly engaged with Privacy for America – as it serves as an initiative to bring effective consumer privacy protections to the forefront by discerning between reasonable and unreasonable data practices. And, just as Rep. Barragán said, now is the time to have a dialogue about these important topics.

Awesome, but controversial: data collection and use in the pandemic

“Along with widespread testing, we know that contact tracing will be how we measure the success we are making against the spread of the disease [COVID-19],” she said. “It’s like a roadmap that can help public health officials control and slow the spread of the virus.”

In countries such as China and Norway, she noted, private companies and government officials are cooperating in order to do just that -- and can identify such crucial pieces of information as where you’ve been, if you’ve been sick and when, and can notify at-risk individuals if necessary.

“But there are risks,” Rep. Barragán continued. “Left unprotected, this data can be used to let the bad guys uncover all types of sensitive information: from where a person lives, to where she works, to where she shops, to where she prays. It can be used for political surveillance or to track historically marginalized communities.”

Rep. Barragán said she believes strongly in the use of high-tech tools to combat the pandemic, as well as the necessity of their regulation to assure responsible access, transparency, control and use of that information.

“I recently signed onto a letter to House leadership requesting that the next stimulus package include guardrails for the use of mobile technology as a public health surveillance tool,” she pronounced. “At a minimum, the data needs to be secure, collection needs to end once the pandemic is over, and there must be a strict prohibition on the use of this data for any purposes unrelated to the COVID pandemic – including marketing activity or law enforcement purposes.”

The DAA has not weighed in on any of the specifics of this fast-moving and novel debate, but it is important to point out that our Principles have heightened requirements for the collection and use of sensitive data, including precise location data. In fact, many compliance cases in these areas have been brought by the DAA Accountability Program.

Rep. Barragán also used her DAA Summit to discuss one of the most important data collection efforts that happens each decade in our democracy, the United States Census.

“People know exactly what information they are sharing with the U.S. Census Bureau,” she noted. “There are no cookies or super cookies or fingerprints. There are no data trackers that learn who we are whether we know it or not. And it’s illegal to sell or even share any of the Census information. Still, many people in my district are scared to respond.” 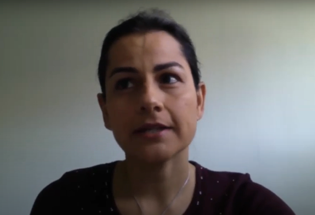 While there are myriad differences between government and commercial collection of data, Rep. Barragán’s point highlights the continued and consistent need for companies to be proactive, transparent and give choices about data collection for interest-based advertising. This is a seminal principle of the DAA’s YourAdChoices Program and foundational to trustworthy consumer engagement for managing today’s challenges and for accelerating tomorrow’s growth.

(Of course, we, too, encourage all Americans to participate in the U.S. Census.)

DAA is committed to bringing the Privacy for America framework to law, and we deeply thank Rep. Nanette Diaz Barragán for her voice and leadership in Congress as members of both houses and both parties work through the legislative details to get this right.

DAA wishes to acknowledge the editorial contributions of our summer associate Paul Lozaw to this report.