Big Idea: Self-regulation is effective, but privacy still concerns consumers -- so ever-vigilance inside companies and among publishers matter.

As we look to Digital Advertising Alliance 2017 this June, our 5th annual event, we’ve set a theme titled “Furthering Consumer Trust through Dynamic Self-Regulation” – representing the pace of innovation in our field and the enhancement and advancement of our program to keep in step with consumers and their brand engagement. Publishers are of course a vital part in our self-regulatory efforts, and how both consumers and brands engage through interest-based advertising – timely context for more session programming at this year’s event.  Let’s take a look at DAA Summit 2016 publishers who gathered and shared their perspectives on the DAA program.

The Digital Advertising Alliance (DAA) program offers publishers a helpful framework to address consumer concerns -- and meet ethical obligations to protect industry and bolster consumer trust and brand engagement. The advertising ecosystem is constantly changing, forcing companies -- and self-regulation itself -- to stay relevant and meet the challenges and opportunities of advertising innovation.

“We’ve been talking a lot about the different parts of the ecosystem that is part of this whole big industry…We’re going to spend a little time talking to folks today who represent really where the customer engages, (which) is what we’re doing as publishers,” said Clark Rector, executive vice president, government affairs, American Advertising Federation, who moderated the DAA Summit Panel, “Publishers’ Roundtable 2016.” 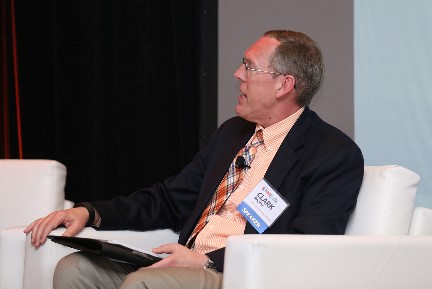 Chris Babel, CEO, TRUSTe, spoke about TRUSTe’s concern for consumer privacy. A study conducted by TRUSTe revealed that 74 percent of consumers had limited their online activity in some way during the past year because of privacy concerns. Babel said, “(The) top two ways to lower (privacy) concerns were really around being more transparent and giving more tools to provide control. Which looks and smells and feels a lot like the reason we’re all here…the DAA program.”

Babel also reported that approximately 50 percent of people stated that they would not trade their private information, such as name, gender, or town, in exchange for services.  Transparency over data collection and notice over how consumers can control such data collection for interest-based advertising are keys toward bolstering consumer trust.

To date, up to 42 percent of consumers recognize the DAA icon -- twice the rate of recognition two years ago. While this shows an increase in consumer education and awareness, the hope is that this percentage will continue to grow -- publisher participation and disclosures are vital to this outcome. 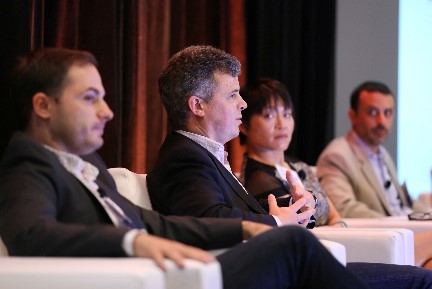 Regarding consumer privacy, Clark Rector asked, “How do you as publishers approach this? Is it something that’s built into the DNA of everything that you’re doing?”

Pauline Wen, senior vice president, chief privacy counsel, business and legal affairs, Viacom Media Networks, explained that she keeps fans front of mind. Concern for the user base creates an impact on engagement -- and hence, the importance of addressing privacy. Furthermore, since the industry is not heavily regulated, privacy is largely a matter of ethical and some legal compliance.

“(The DAA Program) gives you a benchmark to figure out the baseline of what you need to do and [is] a relatively easy way to push out tools to your user base,” Wen said. “It really is a constant educational process.”

Chris Babel added that external frameworks, such as the DAA Program, are helpful when coordinating your company’s role and managing its reputation within the industry.

“We’re focusing these days a lot more on our total reach, rather than pure impressions on our page...because we know that our content is reaching people in spaces well beyond that,” said Daniel Weinrot, executive vice president, legal and general counsel, Leaf Group [formerly Demand Media]. Weinrot explained authenticity as a factor in endorsements. For example, a friend endorsing a product or company is far more meaningful than a generic advertisement, because of the relevance and value ascribed to a friend’s opinion. Thus, pure impressions do not reveal level of engagement or impact.

Wen agreed, “I think we’re always on the lookout for new and more innovative ways to actually engage the user. It’s a constant creative and innovative process.” 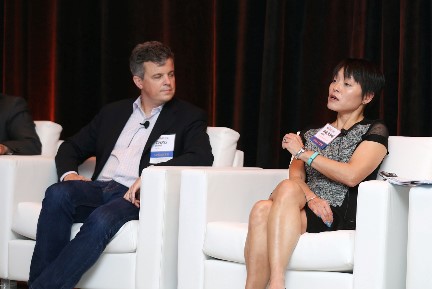 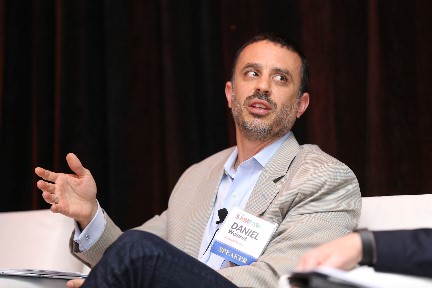 Lou Mastria, CIPP, CISSP, executive director, Digital Advertising Alliance, commented at the close of the panel, “Respect for the consumer – at the end of the day, the products and services, the content that you publish is at the mercy of the consumer. And I think that someone mentioned just how easy it is to just move onto somebody else’s site. This is something that is incredibly important for us to master and think through as we continue to engage with consumers.”