Summit Snapshot: Peter Frey Lavallee of the Washington PDC Discusses the Intersection of Digital Ads and Politics -- Underscoring the Ever-Present Need for Transparency

With the 2020 election upon us, online media is awash with digital political advertisements. During Digital Advertising Alliance’s (DAA) Virtual Summit 20, Ron Jacobs, a partner at Venable LLP, was joined by Peter Frey Lavallee, executive director of the Washington Public Disclosure Commission (PDC), a public agency, to discuss the State of Washington’s position on the digital ad space – and transparency in political ads seen online and in mobile applications.

The discussion also offered an opportunity to showcase the icon-based DAA Political Ads program – and how this program complements public policy efforts to extend such transparency clearly to American voters.  Previous to the Summit, DAA provided briefings to various state policymakers – Washington among them – on how the self-regulatory program is designed to work. 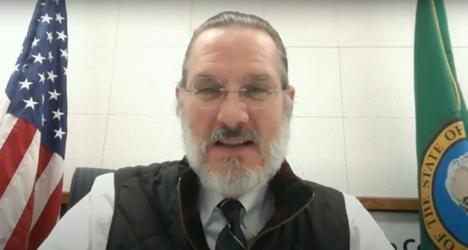 Frey Lavallee provided Summit attendees a brief history of the PDC. “We were created in 1972... and the citizens who created the PDC had the foresight to include advertising as an important part of public disclosure, and in particular, what we call in our law, commercial advertisers,” he said.

The PDC, with legislative support, has since come to officially recognize digital advertising as within its legal jurisdiction. According to Frey Lavallee, the PDC was then able to address digital advertising specifically, stating that “...along with the things that all advertisers are required to keep record of or disclose when requested, [advertisers are to report] things like who bought the advertisement, who’s the sponsor, how much they paid, the dates the advertisement ran, who or what was supported or opposed by the advertising.” These disclosures are expected of all political ads – not just digital – though digital platforms present unique challenges.

The DAA Political Ads program also requires many of these same types of disclosures with respect to express advocacy ads – ads that support the election or defeat of candidates for statewide and federal office.

The bottom line is this. “We want to make sure our rules work for everybody involved in that [digital advertising] process,” Frey Lavallee said, “and we’re not here to make life difficult -- our number one priority is to make information about politics, and the money in politics, transparent to the public, and if we can work with industry to find ways to do that that are better than our current rules and law, we can work hand in hand with the legislature, and say here are the changes that need to be made.”

Moderator Ron Jacobs pointed out the unique challenges of enabling such transparency on digital platforms. “It’s a little different when we think about the digital advertising ecosystem [compared to printed advertising], where we have so many different actors in the chain,” Jacobs said. “From the platform, to the various ad networks, to the creative consultant who designs the ad, to the candidate, or the issue group themselves. It’s interesting when you use the term ‘industry’ to talk about politics. A lot of times the industry would be the candidate but in the digital space... it's all of those different pieces.”

The PDC regulates state and local elections in Washington—from gubernatorial elections to the local school board—many of whom are dependent on sites such as Facebook and Google for their digital advertising toolkit. No matter the size of the campaign though, the route a digital ad may take from campaign to the voter’s device remains convoluted.

“So the Occam’s Razor that I would apply is ‘follow the money’,” Lavallee said. “The most important transaction is a campaign spending money. Where does that money get spent, is that to a consultant? And if it is to a consultant, we have requirements that sub-vendors be reflected in campaign reporting, so if that consultant is hiring a creative to do the artwork, or using a third party go-between to spread the ad digitally, we would follow the money along that trail as well.”

This is akin to what DAA and its Accountability Partners describe as the mobile and digital advertising supply chain – where all parts of the ecosystem need to be in compliance with DAA Principles and the expectations of the DAA Political Ads program. 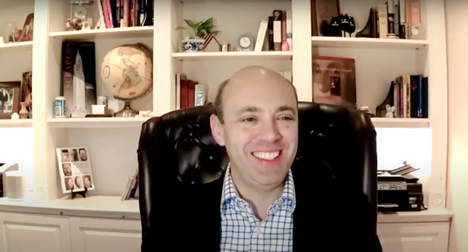 During Digital Advertising Alliance Virtual Summit 20, Ron Jacobs, a Partner at Venable LLC addresses Frey Lavallee about his opinion on the transparency of digital advertising.

“It seems to me that we’ve come to a point now with digital advertising, that I lump the regulation into two buckets. One is what’s going to show up on the screen,” Jacobs said in reference to the consistency of ad sizes on newspapers and TV compared to across digital platforms, such as phones, tablets and computers. “But the other issue is the database side, the information available for public inspection,” to which he said there could be a role for industry to come up with a solution similar to how the DAA Political Ads icon helped solve the disclaimer issues. “Agree or disagree is where I’d like you to start on that one.”

“I think most of us are familiar with the [DAA YourAdChoices] icon outside of the political arena,” Frey Lavallee returned. “It’s a common tool that people are used to seeing and occasionally clicking on, so it’s great to translate that into the political world so people can say, ‘Hey! I think I know what that is, so I can click to find out more about this ad and who’s behind it.’”

DAA’s Political Ads icon is meant to provide voters with transparency about digital political ads, as the YourAdChoices icon does for interest-based advertising.

DAA wishes to acknowledge our summer associate Paul Lozaw for his editorial contribution to this post.