Big Idea: Responsible use of consumer data drives a tremendous amount of engagement and commerce – but also can be and is a force for social good. At DAA Summit 2016, three panelists took the stage to explain how advertising works for public benefit.

“We’re so focused all the time on eliminating the bad, and we forget that there’s a lot that’s good about what we do in digital advertising, and what we’re able to do using interest-based advertising and the data that we collect,” said moderator Nancy Hill, president and chief executive officer, 4A’s, during Digital Advertising Alliance Summit 2016 in Silicon Beach, Los Angeles. Data can inform location, preferences, habits, and much more, she said. Consequently, that knowledge can be used for many purposes – including social responsibility. 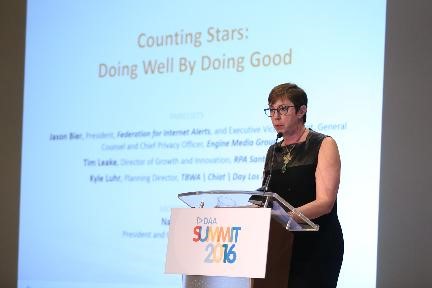 Another agency, Rubin Postaer and Associates (RPA Santa Monica) created a platform called OWN IT every day which is a, “community where small-business owners could come together and they could talk to and learn from one another,” said Tim Leake, RPA’s director of growth and innovation. OWN IT uses daily content, such as videos, to keep the community engaged and sharing. Leake spoke of the unexpected profitability, “For every dollar spent on this program, we actually drove sales [for client Intuit Quickbooks].” By investing in its customers, Leake reported, OWN IT generated triple-digit ROI. 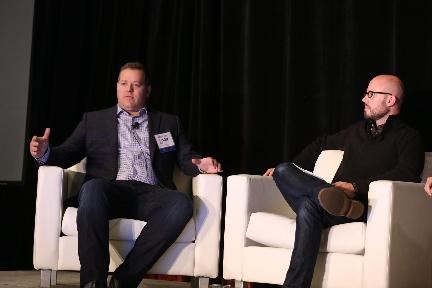 Moving to the hospitality and travel industry, client Airbnb, with its agency partner, innovated – and in doing so, brought about its own salute to greater purpose. Kyle Luhr, senior digital strategist, TBWA\Chiat\Day, explained the agency and client were dissatisfied with the current state of promotion in the travel category.

“[Travel]’s meaningful, it holds a special value in our life, it’s inspirational,” Luhr said, “so we chose… [to] promote something that literally no other brand in the world could promote -- and that was treehouses.” Globally, there are approximately 700 total treehouses on Airbnb, to date. ”Really what we tapped into (is) the idea that the movies that we watch, create and build up these story worlds that you just feel yourself leading into, that captivate the imagination…” In 2014, 45 million tourists chose travel destinations based on what they saw on television and in movies. By using treehouses as a metaphor for fun, discovery and imagination in travel, Airbnb sought to recapture the magic of staying somewhere otherworldly and unique – while supporting home entrepreneurship. 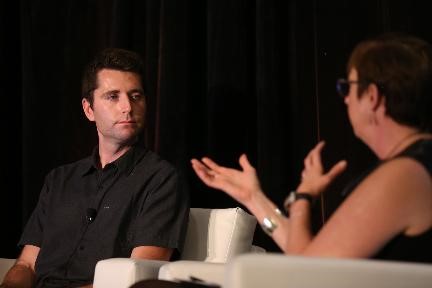 “To be able to put technology toward something truly good,” RPA’s Tim Leake said “...I imagine there’s a lot of other ways to be able to leverage that. Once the platform is built, it’s got this core reason, and there’s so much you can do with it.”

When it comes to advertising, particularly as it pertains to consumer data, it is important to remember the significance of relevancy and respect for the consumer. As 4A’s CEO Nancy Hill said, “Again, I think it’s really important for us as an industry to take a step back every once in a while and talk about the good things that data gives us.”

FIA’s Jason Bier said, “It’s good to have the ability to push a different envelope, to go after a different vision that might not be profit-oriented, because that can create other opportunities, other for-profit opportunities.” These three companies are only a handful of examples of the societal good that responsible data use can help to produce.