Big Idea: Data about consumers empowers creative, innovative and and socially powerful marketing and advertising, in service to the greater good.

Marla Kaplowitz, president and chief executive officer, 4A’s, hosted a Digital Advertising Alliance (DAA) Summit18 – ADapt! panel that explored these altruistic themes – with compelling content that truly demonstrates the depth and breadth of how data, advertising and social channels can be leveraged to make a world of difference, daily. 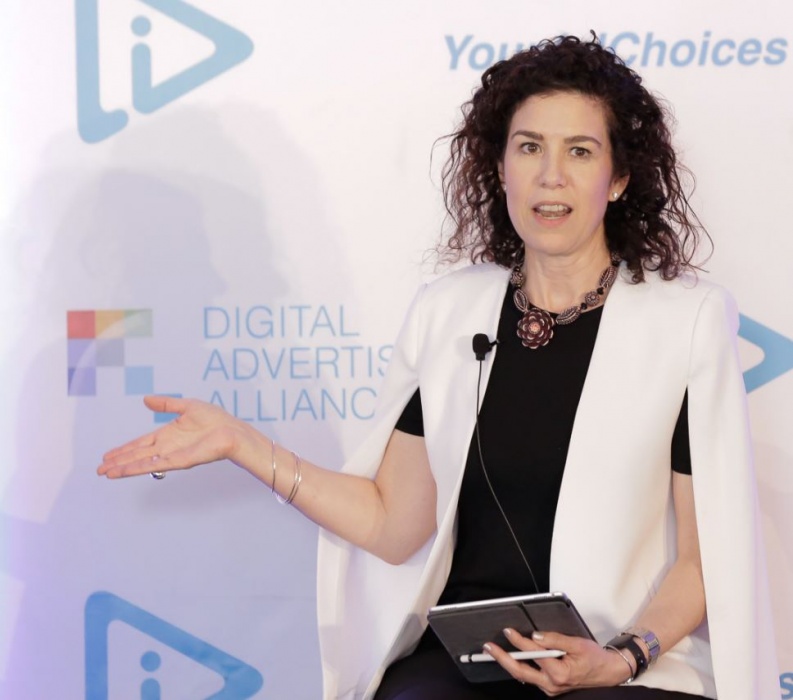 “Some of the remit … was to put a little soul into the marketing, but we do that by driving with purpose,” said Jen Mojo, vice president, field, partner & experiential marketing, Domo, Inc., a data analytics firm based in American Fork, UT, who spoke of two initiatives undertaken by her company:

“The tenet behind [Believer] is that being gay in Utah in the Mormon community could pose some challenges for some,” she said. “And the data point they [the company leaders] were looking at was the suicide rate which, depending on the study, was 3X to 5X the normal rates of suicide.” After seeing the documentary previewed at the nearby Sundance Film Festival, Domo’s Founder and CEO Josh James and Chief Marketing Officer Shane Atchison asked, “What can we do that’s authentic to who we are – what can we do to make a difference,” Mojo said of the two company leaders. Their answer? Design a series of billboard messages along Utah’s Interstate 15 corridor, supplemented by social and public relations outreach, that let LGBT community members know they are loved. “Our message was pure, not political,” she said, noting that 98 percent of the early comments back to the company have been positive, particularly among employees. 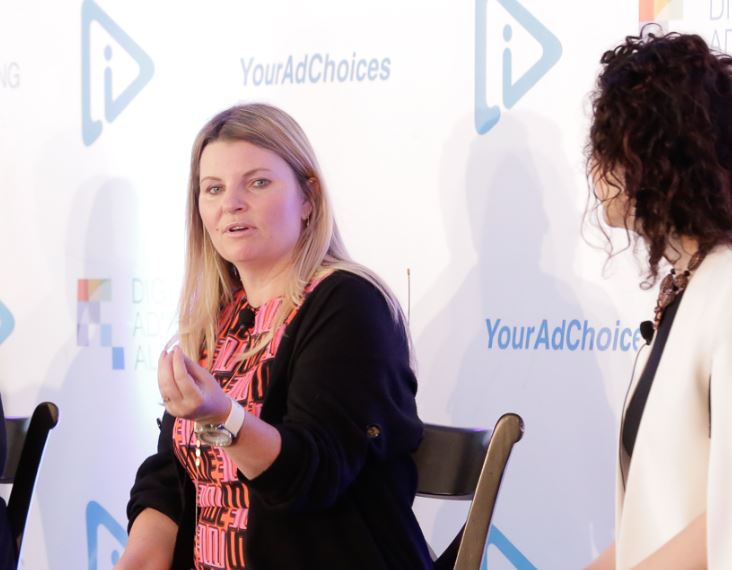 “In the U.S. at least, the government will give funding based a ‘heads in beds’ issue in the evening – that’s how [funding] is doled out, and how those numbers [of sheltered homeless] are collected,” Mojo said.  Mark is seeking to improve and modernize the data collection process to attain a more accurate read of homelessness – moving beyond clipboards, white pieces of paper, and hash mark counts. “Working with Mark, we are taking some of our best data scientists and pairing them [with Mark’s team] with a very quick, short turnaround to build a better process for collecting and sharing data. We had brilliant people internally… raising their hand, feeling engaged, feeling rewarded, because they get to work on this project.”

In short, by using actual photos in and around support facilities, a more accurate read of sheltered individuals can be documented, enabling more accurate resource allocation, Mojo said. It’s a process that can be replicated to other urban areas – small and large – to help measure, plan and aid populations accordingly at the policy level.

A Meal and Companionship

When the Ad Council engages the brand and agency community to help craft marketing-for-good campaigns, partner companies recognize that volunteering in such efforts helps them do well by doing good, and also helps with talent retention. “The Ad Council fielded a survey among senior executives in tech, media, advertisers and agencies,” said Tony Foleno, senior vice president, strategy & evaluation, The Ad Council, “as to why they are involved in social good programs. A lot of them said they wanted to make an impact, they wanted to improve their brand image, and improve their business – but the number one answer by far is employee engagement and talent retention.” Many employees, particularly Millennials, want to work for companies engaged in purpose.

Foleno then discussed the Ad Council’s long-standing work with the “Meals on Wheels” program, noting along the way that what’s new in his 16-year span of working on Ad Council campaigns is the availability of data. “When I first started, I didn’t have enough data to do my job,” Foleno said. “People would ask ‘how’s the campaign doing?’ And I’d answer, ‘I don’t know, how’s it doing?’…Now it’s exactly the opposite, so much data. And making sense of it all. Putting a narrative over it. Separating the signal from the noise. …For Meals on Wheels, as well as our many other campaigns, there’s a lot of data points.”

“Sometimes we don’t realize …that in our day-to-day work we have this enormous capacity to really make a huge difference, and while we don’t necessarily have an obligation to do so, for many businesses today, purpose-driven marketing is not a nice-to-have, it’s a necessity,” Foleno said. “It’s not a PR overlay, it’s imbued in our businesses.”

Meals on Wheels serves 1 million seniors, who are mostly housebound, everyday using 2 million volunteers. “It can be tough to be old in America these days,” he said. “In the U.S., there are about 15 million seniors living alone in isolation, 9 million are facing the threat of hunger daily, and 14 million are experiencing falls each year, many of them involving serious injuries… What’s more, there is an epidemic of loneliness in America, which Meals on Wheels helps to combat. These [meal serving] visits are enormously powerful and impactful.” Daily nutrition, safety check and human contact – “it’s a beautiful concept.”

One shot to get it right? Nailed it! 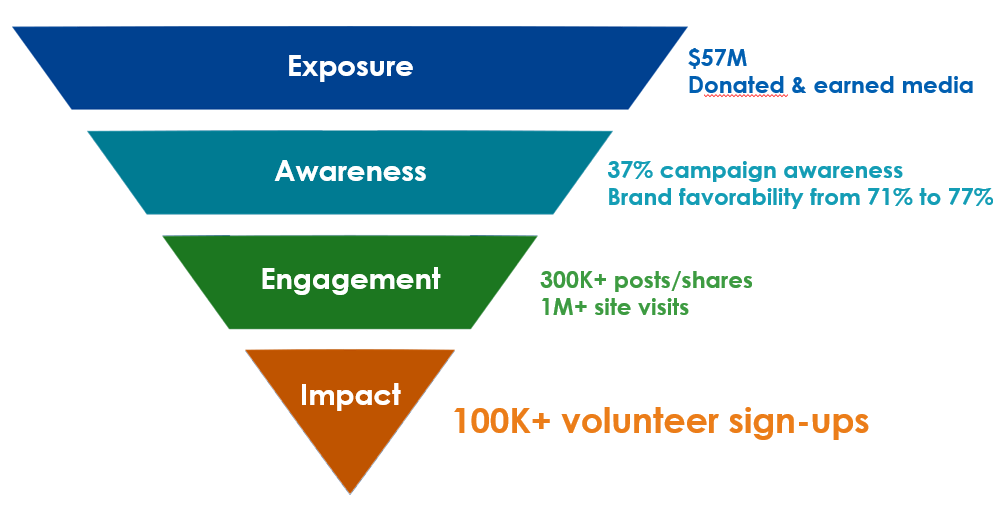 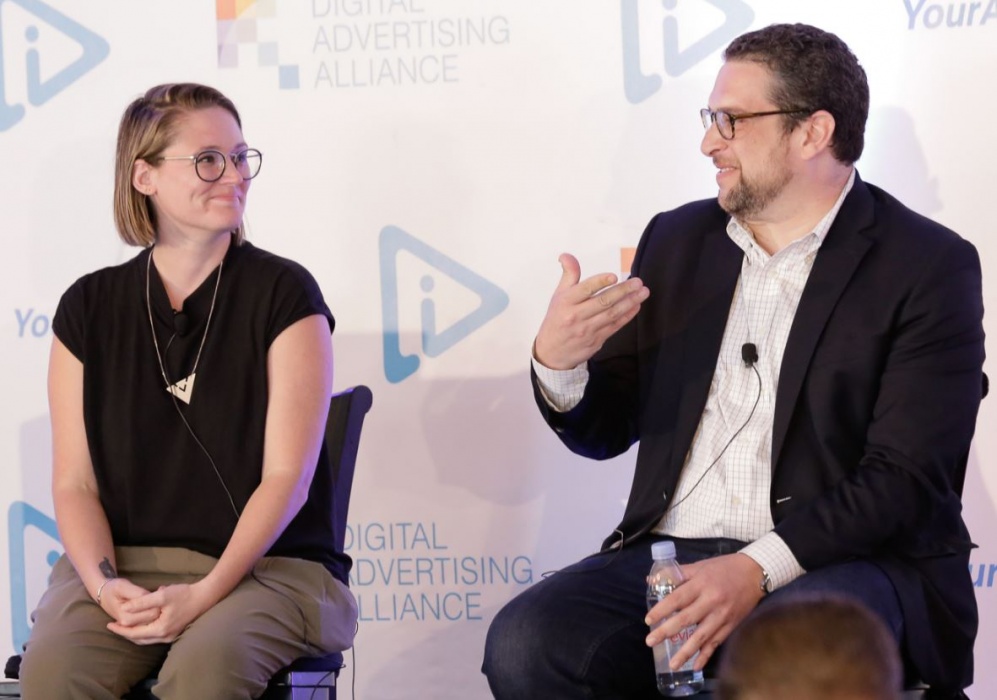 Lauren Bozarth, brand manager, YouTube, Google, discussed the Creators for Change program launched in 2016, an initiative to counter hate speech, discrimination, xenophobia, extremism and intolerance – and inspire positive social change on a daily basis on issues that creators care about. “We felt it was imperative as a brand, as someone who is a container for all these voices, to figure out how to get behind them in a big way,” Bozarth said.

Bozarth had just arrived from a global gathering in London – a Social Impact Camp of YouTube Change Creators, and she reported that the YouTube Creators for Change program had just announced 50 new global ambassadors with 44 million followers. She shared with Summit attendees one video example from an ambassador in the United Kingdom, combatting Islamophobia (Humza Arshad).

“We believe in the power of storytelling, and we believe in giving everyone a voice,” Bozarth said. “These creators want to get behind social causes, and they want to amplify and galvanize their audiences…. These are their own ideas and they have full creative freedom. They own the content. We [YoutTube] just help market – and amplify them – to really get [their stories] in front of new audiences.”

For the third year in a row, our Summit audiences truly benefited hearing of these purpose-driven marketing efforts from inside our business. That we can influence, inspire and motivate is no secret – especially where data informs the story to create compelling content that effects positive change.